Please view our March community exhibition boards here that present the new Royal Victoria Dock Bridge and our other proposals in more detail. 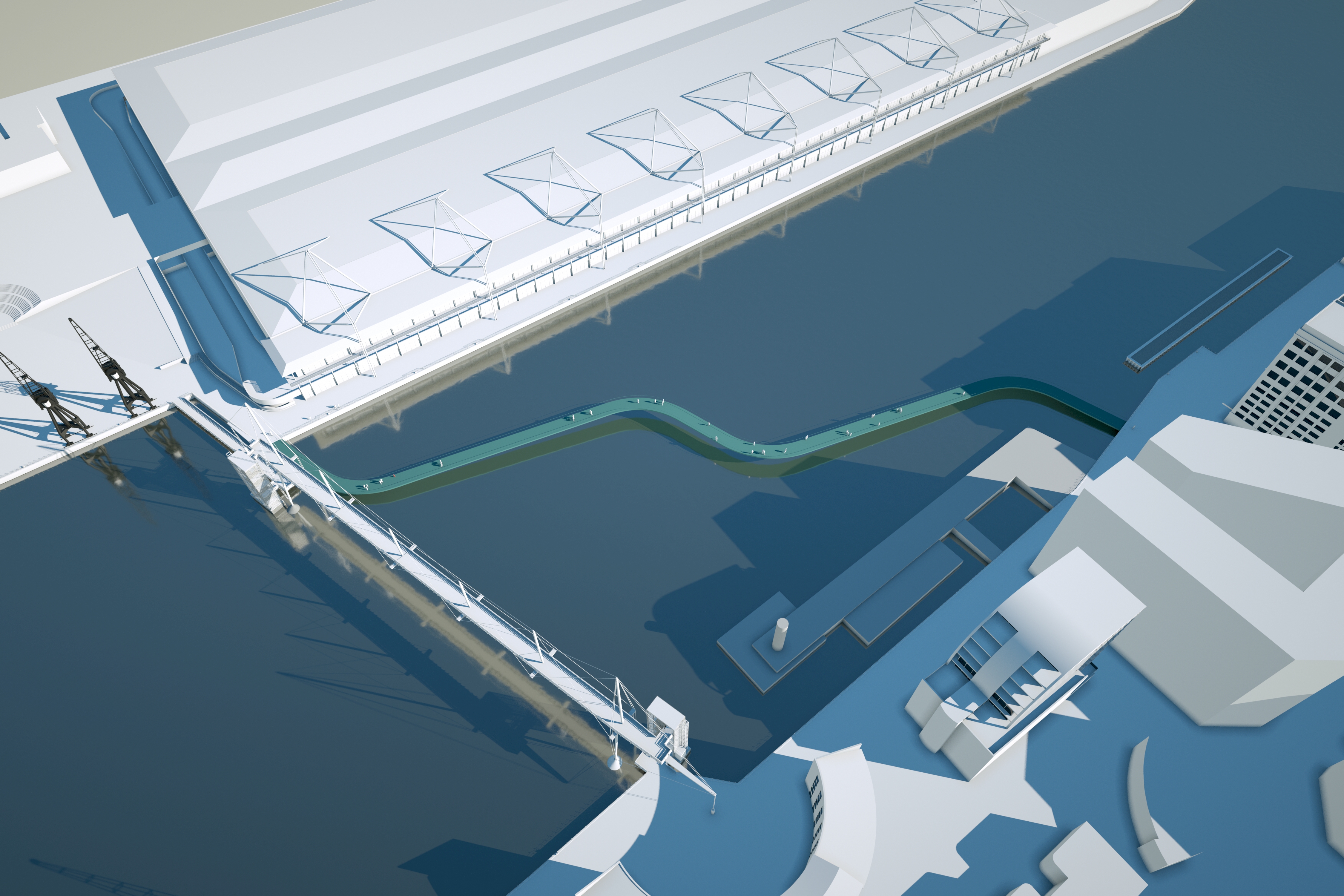 The provision of the new RVDB was required in the 2016 Outline Planning Permission and referenced in the Phase 1 RMA in 2019 and is now going through a detailed application.

We want to hear from you about your experience of moving around the Royal Docks:

The aim of the new RVDB is to improve pedestrian and cycling connections between new and existing communities in and around Silvertown.

On the northern side, the RVDB will land close to the existing footbridge, near Custom House Station for the DLR and Elizabeth Line, linking Silvertown to central London and beyond. It will also provide step-free access from Silvertown to walking and cycling routes across the Royal Docks.

On the southern side, the new bridge will act as a key gateway to Silvertown. The landing point of the bridge has been designed to be an accessible entrance to Silvertown’s new town centre. From here, users will be able to access routes and destinations throughout Silvertown and easily access the neighbouring communities, such as Britannia Village and Royal Wharf.

By the time the new bridge is built, both the Elizabeth Line at Custom House Station and the Royal Docks DLR upgrades (including at Pontoon Dock Station) will be completed.

The next page goes into more details about our proposals for the materials and design of the new RVDB as well as our plans for the refurbished Jetty.

The new bridge will accommodate both pedestrians and cyclists and will be step-free with very gradual slopes ensuring universal accessibility.

As a shared space, the materials of the Royal Victoria Dock Bridge’s (RVDB) deck have been designed to reduce the need for hard borders between users. This includes the use of different textured and paved surfaces to clearly distinguish between pedestrian and cycle space. The result will be an open, aesthetic, and safe space.

High quality materials will also help to create a more visually appealing design. We are exploring various surface materials including pavers, metal, and drainage grates along the edge of the bridge. We will ensure that the surfacing materials are hardwearing, lasting, and safe to promote inclusive design for those who are less able.

As part of our wider plans for Silvertown, we will be re-activating the existing Jetty at the end of Rayleigh Road near Millennium Mills. The re-activated Jetty will be used as a public open space and a key location in the redeveloped Silvertown site.

Part of the existing Jetty will be removed due to its poor condition. The segment of the Jetty to the west of the new RVDB landing will be refurbished, creating a new piece of accessible public realm for Silvertown. Overall, our concept design for the Jetty supports Silvertown’s wider placemaking strategy.

Our proposals provide ample opportunities for future activation, such as cultural events, art installations, water-based activities and food and drink.

This engagement phase has finished, check out the responses

What is your email address?

Make sure your voice is heardAdd your email address

9% of comments on Commonplace are never published.
We verify that all responses are genuine before publishing.
We’ll send you an email to confirm your response.
Your email address will never be shared publicly.